People with Chinese speaking skills are multiplying their income each day. The frequent investments and interest of Chinese companies in Pakistan are bringing many opportunities for Pakistanis. These companies are keen to hire Pakistani locals, so they don’t have to bring their own people which will cost them too much.

CPEC is especially the main house of Jobs for Pakistanis, day by day its growing and creating employment vacancies. The people who know Chinese are getting paid a lot instead of the ones who don’t. 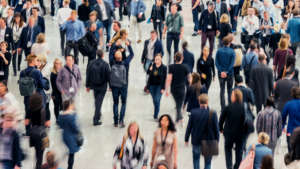 Chinese is the official language of the largest & most populous country of East Asia. Having almost 1,117 million speakers around the world.

But, Chinese is not just a language. Since Chinese have been civilized for over 6000 years, their language & culture must be influenced by each other. Knowing both will benefit you in every field; whether it’s your Business, work, traveling, or education.

In China, more than 7 major dialects are being spoken, but Mandarin holds the crown of most spoken Chinese dialects inside the country & internationally. Chinese language is called a tonal language. Because it has very few variations in its sounds, so they use tones to differentiate the words they speak. Nowadays, Worldwide spoken & written Mandarin is known as PINYIN. PINYIN is the Romanized version of Mandarin which uses English Language alphabets to make it easier for everyone to learn and understand Chinese.

For the Pakistani Nation, learning Chinese can be a lot easier because in Pakistan people speak more than 5 main languages which themselves are tonal & have a lot of variations in them. Basically, Pakistanis are familiar with tone variations and can learn quicker than non-Asians.

The main project of China’s investment in Pakistan is associated with the new maritime silk road. CPEC has started operating here, which has been creating job opportunities every coming day. Many Pakistani youngsters and experienced professionals have grabbed the opportunities and started working with Chinese. They have begun to move on the ever-growing path of their career.

On Sunday 4th April 2021 Federal Minister for Planning & Development Asad Umar said “The projects under China Pakistan Economic Corridor are progressing at a fast pace. He informed that CRBC, a Chinese firm, is signing an agreement with Pakistan under CPEC to promote foreign investments for development and marketing in Rashakai Special Economic Zone (SEZ). He said that Century Steel, a Chinese firm with an investment of $240 million, would set up a steel mill in Rashakai SEZ which would produce about 1.5 million tons of steel. The firm would also employ over 600 Pakistanis during its construction phase while in the second phase over 1000 Pakistanis would be employed.

This shows that Chinese are eagerly spending their money to earn money, you can help them with your skills & talking in their language can help you get the opportunity others might lose. Learning Chinese will also help businessmen so they can form a strong bond with their counterparts while communicating in a friendly atmosphere. The hassle and cost of hiring a translator or interpreter will no longer be a headache for you.

Conclusion: CPEC and Chinese Language is a win-win offer for Pakistanis, it all depends on you if you are willing to get benefit from them.

About the Author: Basit Hussain